At the same time, we’re finding out some things about how greatness works, too. In the past couple decades, researchers have polled some of the best among us to see what was so special about them.

These people are caring yet decisive, thoughtful yet performant, skillful yet trusting. They make others feel no limit about their personal growth yet they’re fully in charge.

Balanced isn’t the right word to describe them; these people aren’t just a little good at a lot of things, they’re very good at opposite things at the same time. They’re living paradoxes. They know not to fall in the trap of thinking in opposites, they find a way to achieve opposing things.

They also don’t get stuck on pre-conceptions or conclusions; they find solutions where no one was looking. They’re creative.

The best of the best have a lot to give to others. They’re the best bosses to have, since they make you feel like you’re the boss and get out of the way. They setup an environment where you achieve the group’s goals and also come out a better person. They take care of the whole thing.

In the book Leadership agility, Bill Joiner lists five stages of maturity, describing the levels at which leaders operate. Here they are: 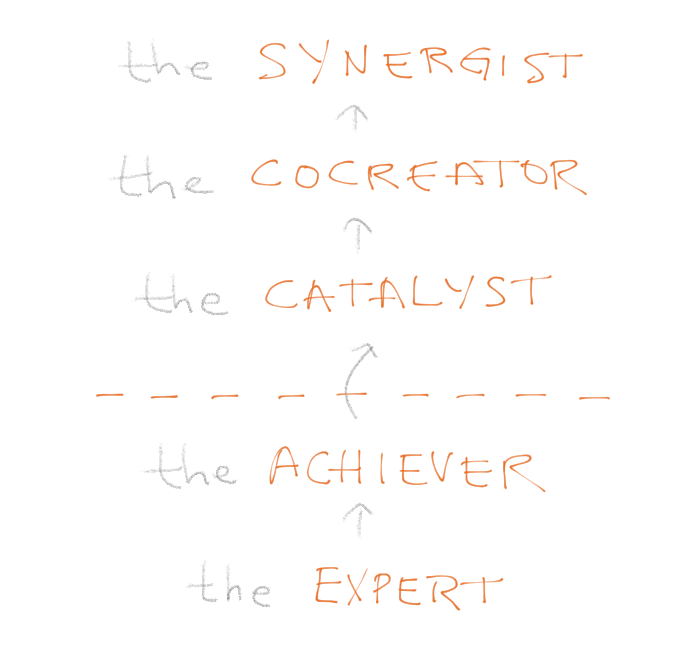 The top three levels are the ones that great leaders operate in. They’ve crossed an invisible barrier, a developmental ceiling, that forced them to shed their ego. Instead of achieving what their ego wants done, they achieve what needs to get done.

As a seeker and a believer, this ladder of greatness points upward, and I recognize to whom it points. After understanding how these great people work, I started questioning my own ideas about God and started making new parallels.

Of course, God is not bound by ego, he’s not interested in his own agenda nor is he expeditive. He couldn’t be if he’s more mature than the best of us.

It’s no coincidence that God is so hidden, I think. Even though God’s actions can’t be measured, it becomes apparent to me that he couldn’t make them measurable, not if he’s interested in our freedom.

How majestic! What an act of trust!