Listen to what your mind says before each item. You’ll probably hear “I’d like to.” “I should.” “I have to.”

Each objective, alone, sounds fine. In a list, they’re already in conflict with each other. With everything else that’s in your life, they’re just something you’re wishing you’ll accomplish. As time goes by, they’ll be more and more tied to the past. You may or may not follow your decisions. Guilt will set in. Inevitably, you’ll have to go back to make a new list.

So how do you rewrite objectives to be less like wishes and more like accomplishments that will occur? Don’t start from now going forward, start with the end and work your way back.2

Starting with “I will have” 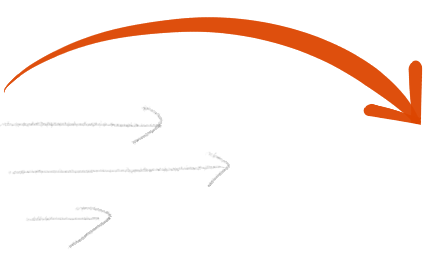 The trick is a little weird: Rewrite the title of your list, and in it, include the words “I will have”. You’re probably best to include a date, while you’re at it: “Before May, I will have.”

This forces you to imagine a future position, and that’s the key to visualizing a succesful outcome.

With “Before May” solidly in mind, you can then ask yourself whether each of these objectives is 1) in the right order and 2) really what you want to have accomplished by May, and if there’s something missing.

First, let’s change the order. What, before May, do you want to celebrate you’ll have done, that’s most important? Put that first. For me, it would be to have “Spent more time with my family”.

And now, let’s say you could accomplish anything by May, what would be the most important thing you’d like to say you’ll have done? For me, spending more time with my family is at the top. Losing weight is less important for me because it’s about my own development. My kid’s development is more important to me, and that means building more empathy toward their day-to-day life. And in so doing, I won’t put the effort to lose as many pounds or exercise as much, so I’ll adjust those objectives to be more realistic, given their new relative importance.

Now that’s much truer of where I’d like to be on May 1st.

Adjusting as you go

With this way of writing, you’re forced to reprogram yourself. Today, you make choices on how you’ll align yourself to be the person you want to be Before May.

And if you discover there’s something missing or one of the statements is not quite true to where you’d really like to be by May 1st: re-write the statements. You’re going toward an end goal. Adjust your aim as you get a clearer view of the target.

To make sure you get them done: review your objectives every day, and set some closer targets. Losing 15 pounds by May 1st? How many pounds per day do you have to lose? Make a graph, plot a line and stick to it. Set something you can measure against every day.

From wishes to will-have-done lists

So when you write your next list of objectives, start each one off in your head with “By this event, I will have…”. You’ll then turn your wish-for lists into will-have-done lists and turn today’s choices toward a future, better version of yourself.